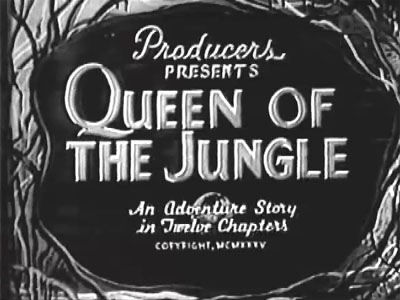 Lawrence, Joan. Joan Lawrence was created by Griffin Jay (Barry Eldon) and appeared in the film serial Queen of the Jungle (1935).

Joan Lawrence is a Jungle Hero. As a child Joan Lawrence and her best friend David Worth are accompanying their parents, who are explorers, in a trip through Africa in search of radium. Joan is playing in the party’s balloon by herself when it takes off. Joan is adopted by a native tribe and becomes their white queen and high priestess. This tribe has an idol whose eyes glow from the radium inside it. Years later Lawrence is ruling the tribe as an adult when David, now an adult and a Great White Hunter, discovers the tribe. Film serial adventures ensue.