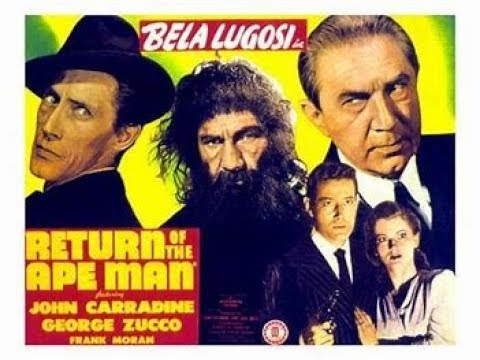 Dexter, Professor. Professor Dexter was created by Robert Charles (Richard Marlowe) and appeared in Return of the Ape Man (1944).

Professor Dexter is a Mad Scientist. Professor Dexter and his colleague Professor Gilmore are on an Arctic expedition when they discover the body of a Neanderthal frozen inside a block of ice. Dexter and Gilmore are both eager to learn from the Neanderthal, and have the technology to revive him, but they know that they won’t be able to communicate with him as he is. So Dexter decides to put part of a Homo Sapiens’ brain into the Neanderthal’s, so he’ll have the ability and intelligence to describe what he knows. Of course, getting a modern human’s brain will require killing a modern human, something Gilmore cavils at, but as Dexter says, some people’s brains won’t be missed.