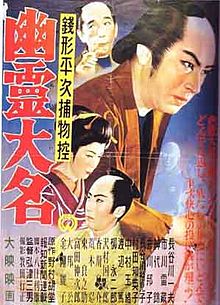 Zenigata Heiji. Zenigata Heiji was created by the Japanese author Nomura Kodo and appeared in 383 short stories and ten novels and short story collections from 1931 to 1958, beginning with "A Virgin in Gold” (Ôru Yomimono, 1931).

Zenigata Heiji is a Great Detective. Zenigata is active in Japan during the Edo period (1601-1867). Zenigata has certain similarities to Holmes and Hanshichi, but is distinctive in other ways. Zenigata is a meakashi, a commoner hired to unofficially assist the police, and a goyoukiki, one of the private assistants to the doshin, the regular police officers of the Tokugawa shogunate of the Edo period. Zenigata is poor, but he accepts no money from those he helps. He is sometimes called "Shikujiri Heiji," or "Heiji the Failure," because he occasionally lets criminals go. This is not due to incompetence on his part but rather to the fact that Zenigata has compassion for some criminals--he hates crime but not the criminals themselves. Zenigata has a great deal of sympathy for the common man and dislikes samurai and men of power, despite his own position in the government.

He drinks a little and smokes a lot, he has no taste for fame and is content when others take credit for his accomplishments, and he is particularly skilled at using zeni, heavy coins, as throwing weapons. He is Watsoned by Hachigoro, a tall, easy-going man who is not only Zenigata's assistant but also functions as a mouthpiece for the author to tell Zenigata and the reader all about current events in the capitol. Zenigata is also married to Oshizu, who is Zenigata's Mrs. Hudson.