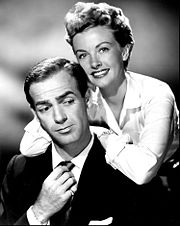 Steve Wilson is a heroic newspaperman. He is the editor of the Big Town Illustrated Press, and his adventures begin with the stirring oath, "The freedom of the press is a flaming sword! Use it justly! Hold it high! Guard it well!" Wilson guards over his reporters and photographers, helping them in their fight against the criminals which plague Big Town. Wilson also involves himself in cases, taking on criminals with his typewriter and his fists. He is assisted by Lorelei Kilbourne, the Illustrated Press’ society editor.