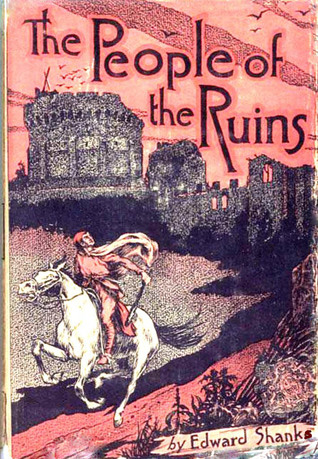 In 1924 the workers of London go on strike, leading to armed intervention by the military. Scientist Jeremy Tufts is in the laboratory of a friend when the strikers and the military begin clashing. Tufts’ friend has created a ray which preserves those it strikes, and in the battle the ray goes off and hits Tufts. He awakens 150 years later. What he finds is that the strike devastated civilization, which fell back to a crude medieval level. England is ruled by “the Speaker,” but it is a shaky kind of rule, for civilization could fall at any time. The North in particular wants to break away, as does Wales. The Speaker finds Tufts useful, since Tufts served in World War One and can help the Speaker with his cannon. The North and South battle, with Jeremy’s artillery-work proving vital to the South’s victory. But then the West rebels and the South falls. The Speaker dies and Tufts commits suicide when he is captured by the Welsh.