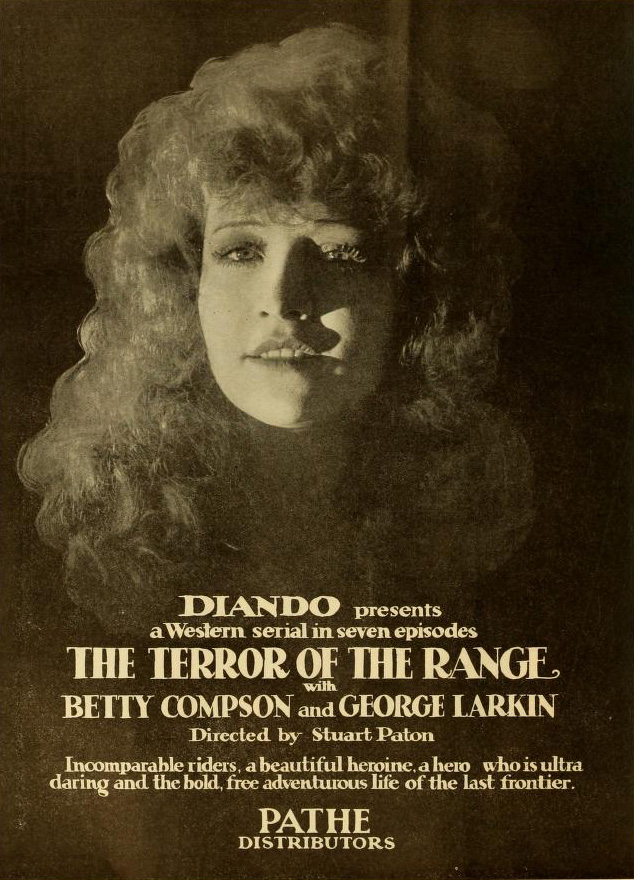 Larkin, George. George Larkin was created by W.A.S. Douglas and Lucien Hubbard and appeared in the film serial The Terror of the Range (1919).

George Larkin is a U.S. government agent who is sent to the western frontier to capture the Terror of the Range, an outlaw who wears a wolf’s head costume during robberies and who employs Vampire, a Femme Fatale, to seduce lawmen.