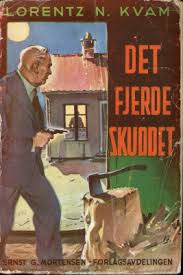 Klæbo, J.J. J.J. Klæbo was created by the Norwegian author Lorentz N. Kvam (Bulldoggen Bakkan) and appeared in a number of stories in Mystikk and at least two short story collections from 1942 to at least 1945.

J.J. Klæbo is the Overbetjent (Chief of Police) of the Oslo Police Department. He is a large man, called “the gadfly” and “the good-natured colossus,” and is resourceful and sympathetic. He does not show or act his sixty-five years. The crimes he solves are realistic. His young protégé, Haakon Lindahl, becomes a successful investigator in his own right and is the main character in a 1944 novel.