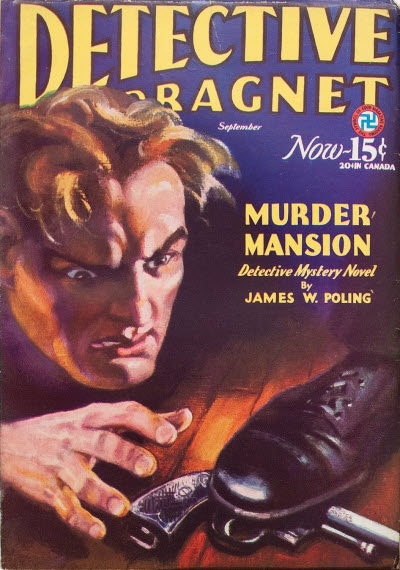 Wade Hammond is a violent private detective. His stories begin as routine but soon become lethal and weird, including things like an ape who kills with poison, living skeletons, and a murderous human fly. Hammond lives in a house “filled with curios, primitive weapons and pieces of pottery—mementoes of his many travels. Stuffed heads of big game, shot in the far corners of the earth” adorn the walls. Hammond is tall and lean and has a thin mustache. He is a personal friend of various police inspectors and works unofficially for police departments.