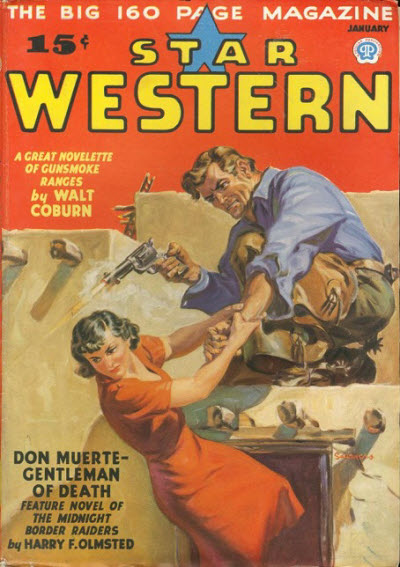 On the western frontier of the United States, in the years after the American Civil War, Don Muerte is the son of an Irish adventurer. Don Muerte’s father was murdered by a group of powerful ranchers, so Don Muerte swore vengeance against the rangers, vowing to punish them and those like them “until the lot of the common man was made a matter of smiles instead of tears.” Toward this end, Don Muerte teaches the children of the poor “all the tricks of the knife, the pistol, and the saddle carbine.”