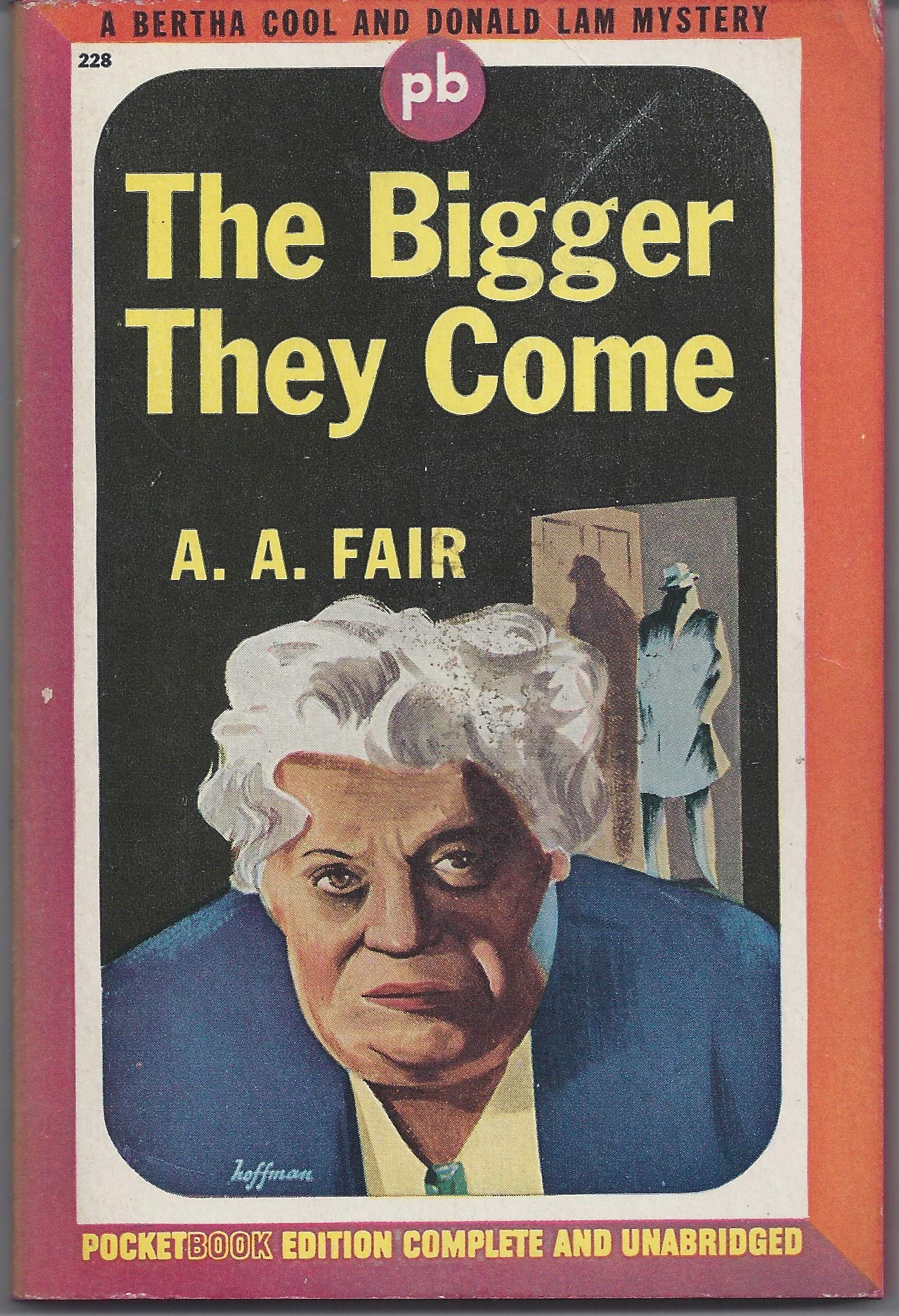 Cool, Bertha. Bertha Cool was created by "A. A. Fair," the pseudonym of Erle Stanley Gardner, (Black Barr, Major Copley Brane, Terry Clane, Ken Corning, Speed Dash, Jax Keen, Barney Killigen, Bob Larkin, Lester Leith, Señor Lobo, The Man in the Silver Mask, Perry Mason, Ed Migraine, Patent Leather Kid, Phantom Crook, Paul Pry (II), Doug Selby, Pete Wennick, White Rings, Gramps Wiggins, Bob Zane, Sidney Zoom) and appeared in twenty-nine novels from 1939 to 1970, beginning with The Bigger They Come. Bertha Cool is one of the first female hard-boiled detectives. She is a large woman (over 220 pounds), but her fat covers a lot of muscle, and she is sprightly despite her bulk. She is in her sixties, with gray hair, gray eyes, and a generally benign expression. But she is very hard-boiled, and more than that is mercenary: she squeezes pennies until they scream and will take whatever case presents itself just so long as she gets paid. (“A lot of agencies won’t handle divorce cases and politics. I’ll handle anything there is money in. I don’t give a damn who it is or what it is, just so the dough’s there.”) She excuses this on the grounds that she was a child in the 1930s and suffered through the Depression. She was married, and kept her weight down with great suffering to herself (“Nature intended me to be fat”), but caught her husband cheating on her and let herself go. When he died she took control of Cool Confidential Investigations, his former firm. She is assisted by Donald Lam, a short twenty-nine year-old (unjustly) disbarred attorney who is the brains of the duo but is forever underpaid by Bertha. Donald Lam has an off-again, on-again relationship with the firm’s secretary, Elsie Brand.