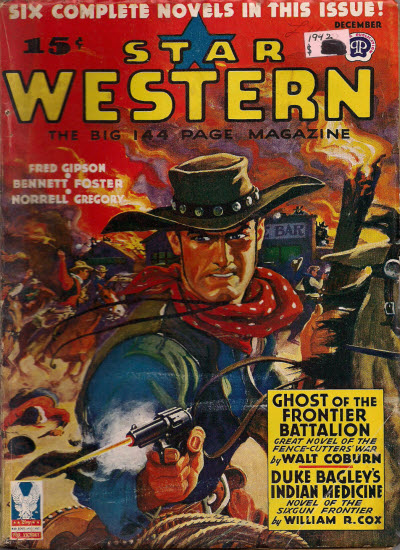 When “Duke” Bagley was a boy, he was swindled out of his patrimony, a ranch he loved. He grew a little and left home, and became an adventurer.

The great drunken Duke, the fast gun and sometimes card-sharper—the adventurer and often killer of men…he had nearly gone down to the depths, time and again. But always he had managed to rescue some grace from his escapades. He had stolen from thieves, but he had given to honest, little people who could not help themselves. He had been vastly rich and poorer than a church mouse, within a day.

Now he is a fat man with a prominent veined nose, slender white hands unused to labor, and a large store of careful, hard, hard-earned wisdom. Eventually he regains his lost ranch and goes on to help other victims.